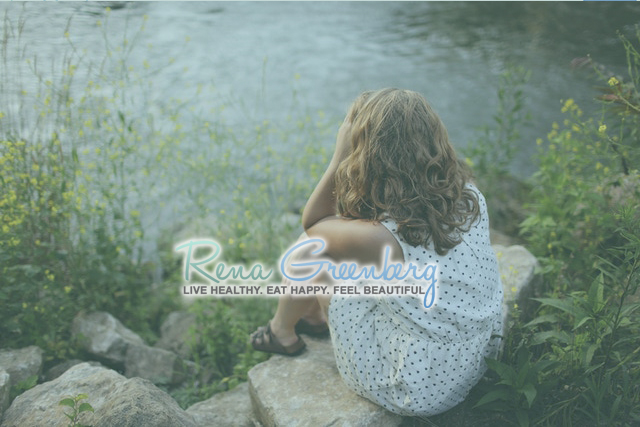 Do You Sabotage Your Own Happiness?

Well that’s what happened to a poor couple who lived together in a small, run down house. The husband and wife were facing much hardship in their lives.

All of sudden, their dream came true.  An Angel came down and granted them three wishes.  They were so excited!  They sat down together at the kitchen table to discuss how to use the three wishes, each of them bursting with ideas.

The wife wanted a new and modern house.  The husband wanted a new car.  She wanted to hire a maid who would clean their home for the rest of her life.  He was desperate to construct a special building dedicated to his inventions.

Soon they began to argue. The conversation became more intense and accusatory.  Before long, they were yelling at each other, “We always have to do what you want!  I always have to give in to you!” They both accused each other angrily.

Before she could stop herself, the wife blurted out, “You are impossible!  I wish you had a hot dog attached to the end of your nose forever!”

Instantly a long hot dog attached to the husband’s nose.  He ran to the mirror in horror assessing the damage done to his face.  The wife’s mouth opened in shock and disbelief as she realized what she had done.  She had wasted one of their wishes and permanently scarred her husband!

In a fit of rage, with his hand on his now extended nose, the husband blurted out, “I wish you had a permanent hot dog attached to your nose.”  Instantaneously, the wife’s nose extended into a long hot dog.

She rose and went to the mirror, with tears in her eyes.  Distraught that two wishes were now wasted, they both looked at each other in horror.

They realized that there was only one choice left about how to use their third wish. Dejectedly, they spoke the words, “Please remove these hot dogs from our noses.”

With deep sadness and disgust, they sat down at the kitchen table, neither looking at nor speaking with the other.  Regretfully, the realization began to sink in. They had blown the chance for happiness that had  been offered to them so freely and that they had waited so long for.

Do You Get in Your Own Way?

How often do you and I sabotage our own happiness in the same way?
We are given a beautiful home, excellent health, loving relationships and abundance only to squander it, sabotage it and waste it.

One of the reasons we may hurt ourselves is because we don’t feel worthy to receive all the good that is available to us.  Do you believe that you are worthy to experience unconditional deep love, prosperity, joy, loving relationships and excellent health and happiness?

How We Sabotage Ourselves

We sabotage ourselves from being happy in life and with the people in our lives by reacting instead of responding.

Reactions are unconscious, knee-jerk behaviors and responses are based on conscious decisions to act in a way that brings healing to a situation.

Like the couple that couldn’t stop themselves from wasting their precious wishes with vengeful statements and actions that couldn’t be reversed, we too, more often then we care to admit, destroy our own chances of true fulfillment by reacting impulsively or taking action from a negative intention.

Even though it may appear as though our problems emerge and overtake us from outside ourselves, it is most often ourselves who create the greatest damage and the unwanted outcomes.

No doubt, the woman who wished for the hot dog to be attached to her husband’s nose felt pushed to her limit by what she perceived to be his insensitivity and domination over her.

Certainly, the husband who retaliated by wasting their second wish was convinced that the only way to handle her was to give her a dose of her own medicine.

Ultimately their dreams were shattered because they gave in to their own impulsive natures.

In the same way, we shatter our own chances of happiness by consistently reacting to our environment rather than responding to it.

If the wife had responded to her husband’s demands rather than reacted, she could have agreed to incorporate his Invention Laboratory into their new home and they would have had two wishes left over.

If the husband had responded to his wife’s anger and rash behavior, rather than reacted to it, he could have simply wished for the hot dog to be removed from his own nose.  Requesting several million dollars with the third wish would have allowed them to purchase all the material possessions they each desired.

It’s a lot easier to react than it is to respond, but unfortunately, this is a habit that has devastating consequences.  Every time we lash out in anger we create potentially irreparable wounds.

Angry, hurtful words can never be taken back and are sometimes never forgotten.

Each time we react to our own emotions by blurting out words or taking actions we later regret, we end up moving further away from what we truly desire in our heart.

How Do We Respond vs. React?

Responding vs. reacting requires patience and compassion.  The first step is not taking things so personally.  The husband and wife with the three wishes were each simply trying to get their own needs met, even if they were acting unconsciously.    We are much more likely to seek revenge if we take the other person’s action personally.  Often the actions we take to get revenge hurt ourselves as much as they hurt the other.

How to Break the Cycle

Part of living is accepting that there will be times when your spouse or your boss hurls a hot dog at the end of your nose. When this happens, avoid the temptation to throw one right back at them.  Instead pause for a moment, take a breath, go within and remind yourself not to take it personally.  Even if it appears that your boss or partner is trying to hurt you, reassure yourself that they are simply being themselves which includes parts that you like and personality traits that you don’t like.

Give yourself compassion and patience.  Remember what the flight attendants tell us when we are about to take off in an airplane: Put on your oxygen mask first before reaching out to help others.

Give to yourself first. Breathe in patience, acceptance and compassion.  What you are accepting is not so much the other persons behavior but your own emotional reaction to it. You are human–you are having an emotional reaction.

Congratulate yourself for choosing to respond rather than react despite your strong desire to do the opposite.

The next time your husband, wife or friend throws a hot dog at the end of your nose, resist the urge to return the curse.  Instead, connect to your strength, compassion and patience and send back a gift–a smile, a kind word, a compassionate touch–and watch the Angels come down from the heavens and make your wishes and dreams come true. About the Author RENA GREENBERG

Rena Greenberg has had the privilege over the last 25+ years to work with over 100,000 people in 75 medical centers to help them lose weight without surgery.